After sharing the #kosterina Epic Love Story, we received some amazing Epic Love Stories from the Kosterina community. Just in time for Valentine's Day, here are a few that warmed our hearts.

From a 72-Hour Courtship to a 32-Year Marriage 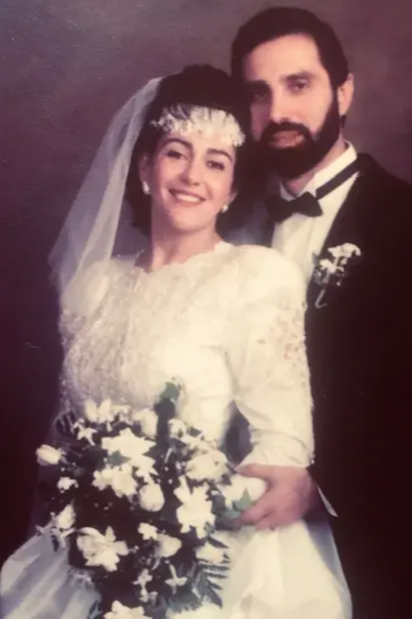 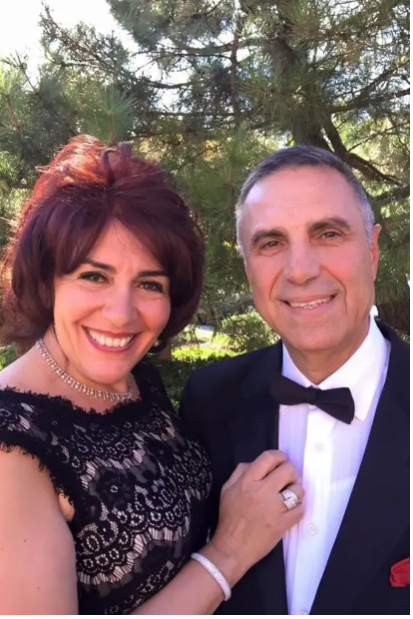 He was Panos Stavrianidis, a Greek-American jeweler and gemologist who moonlighted as a scholar of the Greek diaspora. She was Maggie Konstantinidou, a recent law school graduate who came of age in the small town of Drama in Northern Greece. They met when Panos traveled to Greece from New York in 1988, where he was to give a speech on the Pontic Greeks who lived along the Black Sea—and the beautiful and brilliant Maggie, 18 years his junior and just 22, was tasked with editing his work.

At first, Maggie was not impressed with the “Amerikanaki” (a cheeky term for Greek-Americans). But when she read Panos’ speech, she was floored by Panos’ flawless writing. And the subject—her home region—was captivating.

That evening at dinner, sparks flew. After sharing a ride home, Panos touched Maggie’s hand. “It was a pleasure to meet you,” he said. She nearly died—in a good way.

After another group dinner, they managed a meal alone the following night. Panos knew his moment had come. He popped the question—and Maggie said she’d sleep on it. She was young, had never been to the U.S.—and had to make Panos, who she’d only just met 72 hours earlier, sweat it a little bit.

Before his two-week trip was over, Panos had booked an extra ticket home for his new bride. Today, 32 years later, their beautiful home is filled with love and laughter.

- as told by their niece, Sophia Fountoukidis 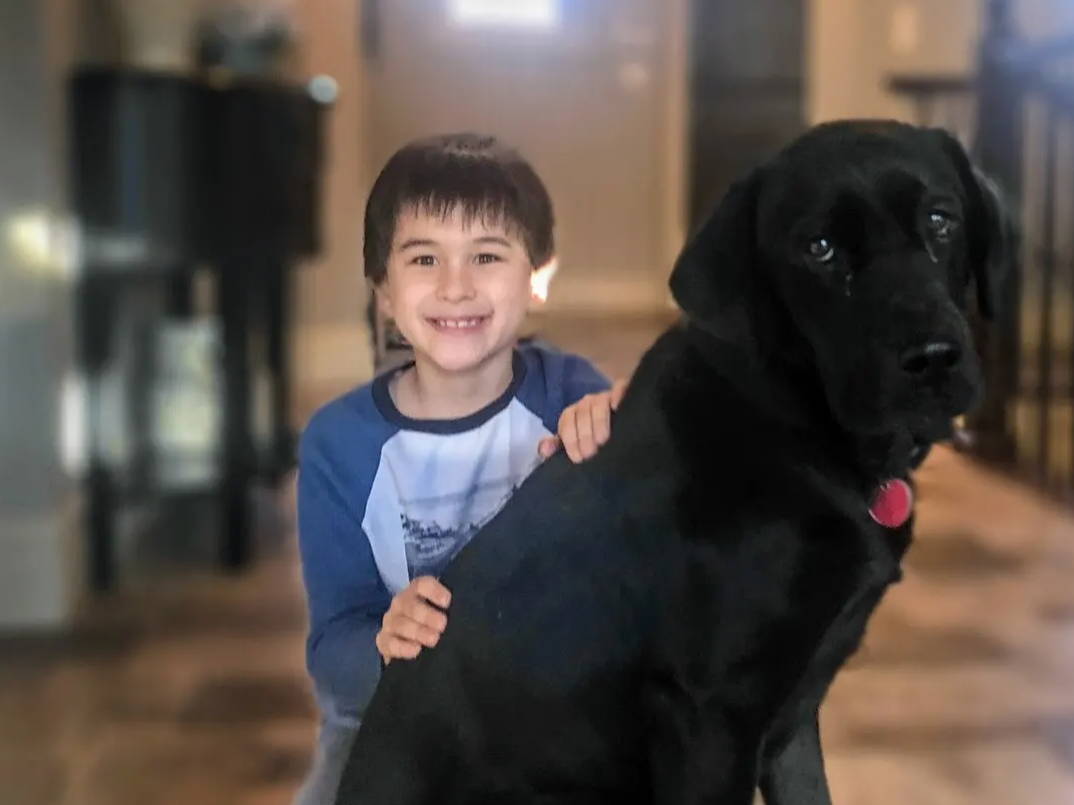 While "pandemic leads to pet adoption" is the story of many new family members of 2020, this "boy & his dog" story is particularly special. Over a year ago we attended a Freedom Service Dog fundraiser and they showed off a little black lab named Magic who was a service-dog-in-training. Organizations like FSD train future service dogs to support veterans with PTSD or someone with disabilities. Often they need volunteer weekend foster families for these dogs to give the little canine workers a break from the training and also learn to be amongst children in a family. We signed up on the spot! Little did we know, many months later, the dog we were asked to foster was that very puppy on the stage the evening of the fundraiser. AND, when the little guy didn't quite make it through service dog training (#careerchange), we were given the opportunity to adopt him! Every human in our family has looked to Magic for cuddles and comfort through the ups and downs of 2020! 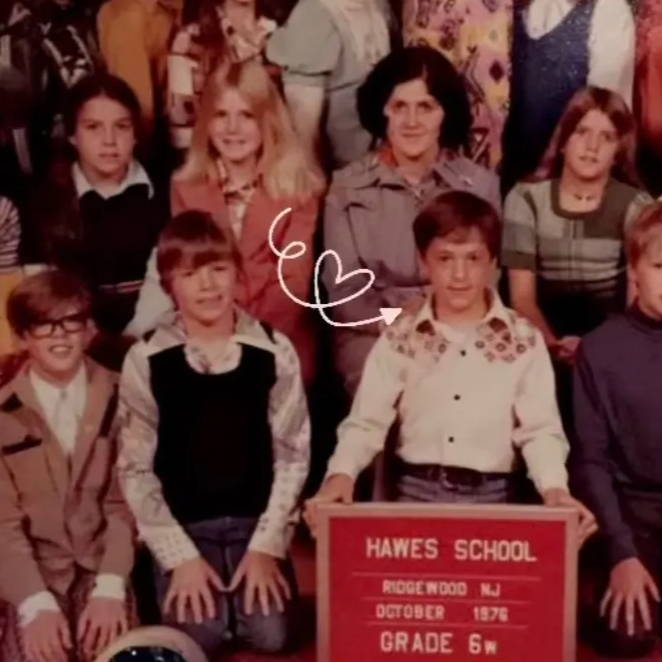 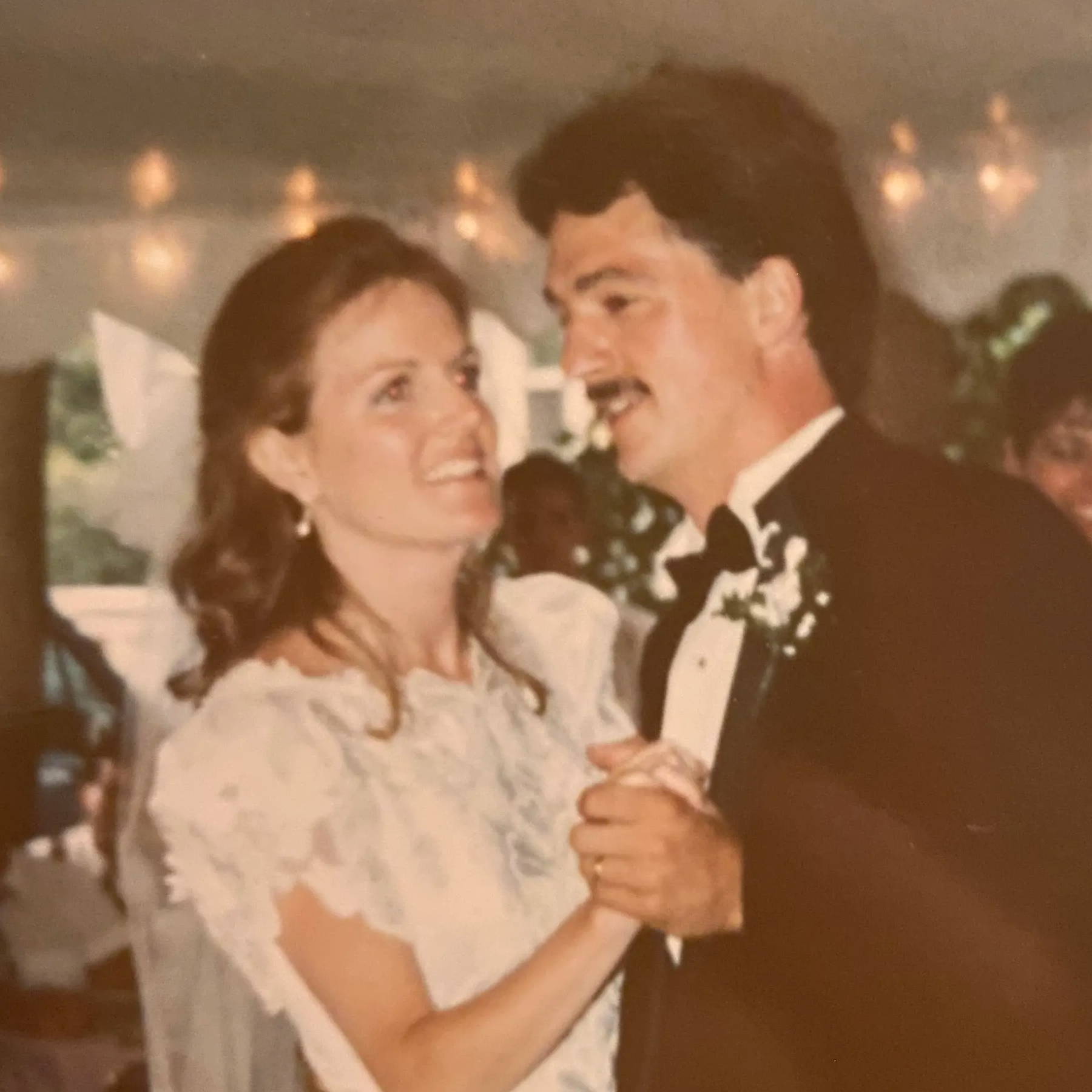 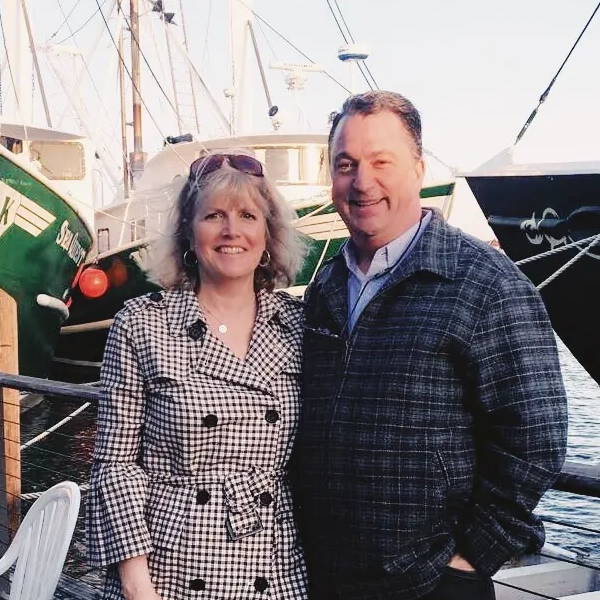 We officially met in sixth grade at a small elementary school tucked in Ridgewood NJ, but unknowingly were passing each other in the halls from preschool through 5th grade. I was more reserved and quieter, while Dave was the extrovert and class clown. I’m Irish, with straight bleach blonde hair and Dave is French with dark curls, olive skin and a last name no teacher (or myself) could pronounce.

At the end of sixth grade, our first interaction was when Dave – out of the blue– asked me to our 6th grade dance. I remember being nervous and caught off guard, so I said “no”.

A few weeks later came summer, then junior/senior high school and the innocence of grade school was quickly gone. We had only one or two classes together and our friend groups were opposite. We barely saw or knew each other.

After high school I attended college in North Carolina and Dave went to school in Boston. I loved the beach, he wanted a city.

A few years after college, we bumped into each other at a town party. On that very night, Dave asked me to dance once again—and this time, I said “yes”. I will never forget the instant mutual connection we felt. There was no uncertainty or pretense. It felt like we had found each other after all these years.

Fast forward, we married two years later. Spent three glorious weeks in Greece on our honeymoon, had 2 children and reside in Ridgewood on the same street where Dave grew up. Our children attended the same elementary, middle and high school as us and we are celebrating our 30th anniversary this August.

- as told by JoAnn Beausoleil Now that we’re in a new year and we’re past the holiday craziness of trying to get our healthful and delicious gifts to you and all your family and friends, we are back to our regularly scheduled programming. As you know, at Kosterina we are always focused on health and longevity, and in light of that wanted to share with you some of our favorite podcast content on the subject.

Erica Huss and Zoe Sakoutis are the serial entrepreneurs behind BluePrint Cleanse, their first venture which created the cold pressed juice category as we know it today.

Our Intentions and Goals for 2022